To share your memory on the wall of Thomas O\'Neill, sign in using one of the following options:

Known as “Abby,” “Commish,” and “Tip,” he was born Jun... Read More
Thomas Augustine O’Neill, 85, of the Stickney Bridge Road, Jay, New York, passed away at Champlain Valley Physicians Hospital in Plattsburgh, New York on May 21, 2020.

Known as “Abby,” “Commish,” and “Tip,” he was born June 21, 1934 to Thomas and Margaret O’Neill in Plattsburgh, New York, and attended Holy Name School from first through eighth grade. He graduated from Au Sable Forks High School in 1952. His love for sports started to show in his youth as a four-year pitcher for the Au Sable Forks Raiders and led the team to a 17-1 record and the Section VII championship game in 1951 and the title in 1952. He was a proud graduate of St. Michael’s College in Winooski, Vermont, in 1956 with a business administration degree.

On June 1, 1957, he married Kathryn Mauran at Holy Name Church in Au Sable Forks. The two were blessed with 62 years of marriage and three sons, five grandchildren and two great-grandchildren.

He enlisted in the U.S. Army in 1957 and served in active duty through 1959, and in active reserve through 1961. He moved back home in 1959 and was a senior employment interviewer, grants manager and on-the-job training specialist for the New York State Department of Labor for 38 years. He was the assistant manpower coordinator for the 1980 Winter Olympic Games in Lake Placid and was twice elected as supervisor for the Town of Jay.

He was a life-long fan of the New York Giants, New York Rangers and the Dodgers, before and after the move from Brooklyn to Los Angeles. He attended several Dodgers games at Ebbetts Field. He was an active participant in bowling, golfing, horseshoes, skiing, basketball, swimming and as a baseball pitcher.

It wasn’t a home Patriots football or basketball game without Thomas, who was the first “Voice of the Patriots,” and he could also be heard behind the microphone at Au Sable Spirits Baseball Games. He co-founded and served as first president of the AVCS Booster Club, and founded the Au Sable Forks Men’s Fastpitch Classic in 1962. Thomas served as tournament director for more than half of its history and the 2014 tournament was dedicated to him. He was association secretary and secretary/treasurer for the Au Sable Bowling League for a combined 20 years and directed the Fourth District American Legion Bowling Tournament for three years. He was commissioner of the Champlain Valley Baseball League for seven years, and in 2017, he was the first community member to be inducted into the Au Sable Valley Athletic Hall of Fame.

Thomas was driven to serve his community as co-founder and first president of the Au Sable Jaycees and with his work on fundraising drives for the United Way of Clinton and Essex Counties, and the American Heart Association. He was recognized by the Plattsburgh Jaycees with the 1965 Distinguished Service Award, the first recipient from outside of Plattsburgh, and was nominated for the United States Jaycee Award for Outstanding Young Men in America. He was instrumental in bringing back the local Labor Day Celebration and led efforts to construct or improve multiple athletic and recreational facilities for the community, including the softball field and skating rink. In 1980, he received the Liberty Bell Award from the Essex County Bar Association.

Thomas is survived by his wife, Kathryn; their three sons, Michael of Pembroke Pines, Florida, Tom (Shelley) of Jay and Sean of Pompano Beach, Florida; five grandchildren, Kacie, Erin, Tommy (Erin), Sean and Brian; two great-grandchildren, Adelyn and Kinsley; his brother, Robert O’Neill; his sister-in-law, Martha Cross; and several nieces, nephews and cousins. He was preceded in death by his parents.

To send flowers to the family or plant a tree in memory of Thomas "Abby" O'Neill, please visit our Heartfelt Sympathies Store.

Receive notifications about information and event scheduling for Thomas

We encourage you to share your most beloved memories of Thomas here, so that the family and other loved ones can always see it. You can upload cherished photographs, or share your favorite stories, and can even comment on those shared by others.

Posted May 28, 2020 at 02:25pm
Our condolences to Tom's family, his wife, Kathryn; their three sons, Michael of Pembroke Pines, Florida, Tom (Shelley) of Jay and Sean of Pompano Beach, Florida; five grandchildren, Kacie, Erin, Tommy (Erin), Sean and Brian; two great-grandchildren, Adelyn and Kinsley; his brother, Robert O’Neill; his sister-in-law, Martha Cross; and several nieces, nephews and cousins.
Tom / Super O' will be missed. Comfort Prayers are offered for those surviving him. May he rest in peace.
- Sharron & Geoff Hewston
Comment Share
Share via: 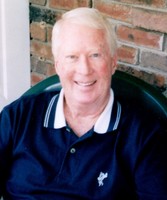