To share your memory on the wall of T. Michael Nugent, sign in using one of the following options:

Provide comfort for the family by sending flowers or planting a tree in memory of T. Michael Nugent

Provide comfort for the family by sending flowers or planting a tree in memory of T. Michael Nugent

Mike spent his formative years as a child of the Fifties where the seeds of appreciation for life in small town America were planted. He would fondly recall the joys of growing up on Forge Street, attending Holy Name School and spending summers at the family camp on Fern Lake. He was Valedictorian of his class at Au Sable Forks High School and graduated from Champlain College, after which he went on to become Chief Financial Officer at Northwood School in Lake Placid, a career that spanned 42 years.

In 1968 he met the love of his life, Nancy Chapman, from Baltimore, Md, who’d come North on a ski trip with friends but reconsidered her skiing career after assessing the height of Whiteface Mountain. Ever an ambassador for the Adirondacks, Mike introduced her to other area wonders and convinced her to call Au Sable Forks home. They were married on June 27th, 1970, a union that endured for nearly fifty years.

Mike was a valuable member of the community, serving for over 50 years as a fireman and was named Clinton County Fireman of the Year in 1987. He was a member of the Au Sable Forks Softball Association, Holy Name Parish Council and served as a Trustee of Holy Name Church.

Mike’s love of sports led him from an outstanding baseball and basketball career in High School to play and coach first base for the regionally renowned Au Sable Spirits Baseball team, as well as playing first base for Art’s Village Inn and Sharkey’s in local Fast Pitch tournaments.

Mike enjoyed hunting and fishing in the Adirondack woods and streams throughout his life and in retirement looked forward to his golf games and morning “Koffee Klatches” with his band of buddies.

He had a broad range of interests that included devotion to the Dodgers, Giants, the Gibson Brothers, gardening (his tomatoes were legendary), bird watching in his “Turtle Creek Wildlife Refuge” and voraciously reading mysteries and thrillers. In later years Mike also graciously allowed the periodic invasion of his domestic tranquility by Nancy’s (in) famous Tuesday NBCC Card Club, whereupon the quality of his hearing appeared to exhibit a miraculous improvement.

Mike will be remembered for being a loving husband, caring brother and loyal and devoted friend. His generosity in sharing his resources, time, talent and advice with no expectation of anything in return defined his life and will be sorely missed.

He was predeceased by his parents, an aunt, Anne Mousseau, and father-in-law Jacob Chapman.

Left to mourn his loss are wife Nancy, sister Joanne (Dianne) Nugent-Ward of Watertown, NY, mother-in-law Esther Chapman and a group of close friends who considered him family.

The family will plan a celebration of Mike’s life to be held at a safer time.

Arrangements have been entrusted to the Thwaits-Zaumetzer Funeral Home in Au Sable Forks.

To send flowers to the family or plant a tree in memory of T. Michael Nugent, please visit our Heartfelt Sympathies Store.

We encourage you to share your most beloved memories of T. Michael Nugent here, so that the family and other loved ones can always see it. You can upload cherished photographs, or share your favorite stories, and can even comment on those shared by others.

Posted Apr 14, 2020 at 01:11pm
Mike was a great kid who I was proud and fortunate to share my youth with as a friend , fellow teammate and student at Au Sable Forks Central School... the community has lost a most loyal son. My deepest condolences to his Family and numerous friends who loved him. Steve Snow
Comment Share
Share via:
SA

Posted Apr 09, 2020 at 07:13pm
Joanne and family, with heartfelt condolences during this difficult time.

Thank you so much Jeff and Susan. This means the world to me and to my family. Mike was a very special guy and a great brother. Love, Joanne
DL

Posted Apr 06, 2020 at 07:08pm
Nancy,
What a BEAUTIFUL obituary. Mike was a GREAT guy who made my days at the bank better with his visits or phone calls. He loved to talk about his visits to Maryland to see your Momma always with a smile on his face. May precious memories comfort you. Sending you love and prayers.
Darlene LaMountain
Comment Share
Share via: 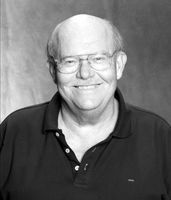