To share your memory on the wall of Thomas R. \"Tim\" Mainzer, M.D., sign in using one of the following options:

Provide comfort for the family by sending flowers or planting a tree in memory of Thomas R. "Tim" Mainzer, M.D.

Provide comfort for the family by sending flowers or planting a tree in memory of Thomas R. "Tim" Mainzer, M.D.

He was preceded in death by two brothers, Francis K. Mainzer, M.D and Peter J. Mainzer; a sister, Cynthia Mainzer; and two sisters-in-law, Brigitte I. Mainzer and Ellen A. Mainzer.

Having moved from Curwensville, Pa., to Huntingdon, Pa., in his early childhood, he attended Huntingdon public schools until 10th grade. In 1948, he entered The Hill School in Pottstown, where he graduated in 1949. Following high school, he was accepted to Hamilton College in Clinton, N.Y., graduating in 1953 with a Bachelor of Arts degree. He was then accepted to Jefferson Medical College, Philadelphia, and graduated in 1957 with his medical degree.

Upon graduation from Jefferson, he and his wife moved to Akron, Ohio, where he completed his internship and residency in general surgery at Akron Children's Hospital.

Following his residency in 1963, Dr. Mainzer entered active duty in the U.S. Naval Reserves as a medical officer. He was assigned to the U.S. Naval Hospital at Bremerton, Wash., as a Lieutenant Commander. In April of 1965, he was temporarily assigned to the 3rd Medical Battalion of the 3rd Marine Division in Da Nang, South Vietnam. He spent three months in Vietnam and was honorably discharged from active duty in July of 1965.

After his military service, he and his family moved back to his hometown of Huntingdon, Pa. In late 1965, he established a private practice as a general surgeon affiliated with J.C. Blair Memorial Hospital, Huntingdon, in partnership with Dr. Charles Reiners. He served for 16 years as an elected member of the hospital's Board of Directors, and terms as President of the Medical Staff and Chief of Staff. Dr. Mainzer retired from his medical practice in 1991. Following his retirement, Dr. and Mrs. Mainzer moved to a second home that they owned in Jay, N.Y.

Dr. Mainzer was a Fellow of the American College of Surgeons; a member of the Pennsylvania Medical Society and the American Medical Association; and certified by the American Board of Surgery.

He was a former active member of St. John's Episcopal Church, Huntingdon, where he served as a lay reader and sang in the choir.

Dr. Mainzer was an avid outdoorsman who enjoyed hiking, backpacking, snowshoeing, cross-country skiing, bicycling, kayaking, and canoeing. He also enjoyed domestic and foreign travel, woodworking, gardening, model railroading, home improvement, and personal computing. He served terms as a board member and officer of the Ausable Acres Property Owners' Association in Jay and volunteered many hours constructing and maintaining foot trails in "The Acres."

A Memorial Service and interment will be held in Au Sable Forks, N.Y., at a later date and handled under the direction of the Thwaits-Zaumetzer Funeral Home, 3 College Street, Au Sable Forks, N.Y. Burial will take place at the Jay Central Cemetery, Jay, N.Y.

To send flowers to the family or plant a tree in memory of Thomas R. "Tim" Mainzer, M.D., please visit our Heartfelt Sympathies Store.

We encourage you to share your most beloved memories of Thomas R. "Tim" Mainzer, M.D. here, so that the family and other loved ones can always see it. You can upload cherished photographs, or share your favorite stories, and can even comment on those shared by others. 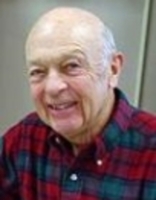