To share your memory on the wall of Sidney J. Ward, Jr., sign in using one of the following options:

Provide comfort for the family by sending flowers or planting a tree in memory of Sidney J. Ward, Jr.

Provide comfort for the family by sending flowers or planting a tree in memory of Sidney J. Ward, Jr.

The “Chairman of the (Cutting) Board” was born June 16, 1942, to Sidney Ward Sr., and Agnes (Richards) Ward. He graduated from Au Sable Forks High School in 1960, and completed his B.S. in Business Administration in three years at Babson College. He married Janet Garrecht June 30, 1962, at Jay Methodist Church before his final year at Babson, and they were blessed with two children and four grandchildren.

During his childhood, he could be found in the millwork shop with his grandfather Ezra Richards and uncles Bill and Leonard Richards, who taught and tolerated his first attempts to create something of scraps of wood. Upon his father’s passing in 1970, he and his brother Bill became owners of Ward Lumber, with their mother, who began working there upon her marriage to Sid, Sr. Janet joined the operation in 1966 and they retired in December 1997. As third-generation owner of Ward Lumber, he and Janet worked at the family business for decades and transferring the management of the business to their sons, Sidney “Jay” III and Jeffrey upon retirement.

Retirement proved to be too relaxing as he continued to rise at dawn and sought the interaction with friends and the community. After “leading the charge” to create the Thrift Shop at the WCUMC and working there for ten years. Sid began making cutting boards from recycled wood in his woodshop at home. What started as two days a week at the Riverside Thrift Shop in Wilmington turned into five days a week, picking up items at homes, expanding the store’s structure and clearing the receiving bay each morning. But while the mind was willing, his body was telling him to slow down and he turned his attention to creating cutting boards from recycled wood.

Sid’s first sale was at the KVCC church in 2001 with the sale of 20 and that grew into more than 1,100 a year in 2015. He set a goal to create 10 boards per day in the summer months from a variety of woods such as Adirondack ash, cherry, maple, red birch, oak and bird’s eye maple, plus roasted walnut and Brazilian cherry. He created boards in 20 shapes and sizes, ranging from traditional rectangles and circles to animal shapes such as moose, mice, fish, cats, pigs and lobsters.

Sid was a member of various organizations and the recipient of many awards. In 1981, he received the Silver Beaver Award from the Boy Scouts of America; in 1992 he was named the Northern New York Lumber Dealers Lumberperson of the Year; in the late 1990’s, Sid received Honorary Life Membership to the Northern Logger Association, where he was a longtime board member President and Chairman; he also became an Honorary Life Member of the Northeastern Lumber Manufacturers Association in 2000; was a longtime member and former treasurer and commissioner of the Jay Volunteer Fire Department; Sid was also a longtime member of the Au Sable Forks Rotary Club with perfect attendance for many years, and was recognized as a Paul Harris Fellow; he was also a longtime member and board member of LMB Advantage (formerly ENAP). Sid was a lifelong member of United Methodist Church, attending services in Jay, Wilmington, and Orlando, Florida.

A private family Memorial Service will be held at 10:00 a.m., Saturday, September 5, 2020, at Thwaits-Zaumetzer Funeral Home in Au Sable Forks. A stream will be available for the Labor Day weekend service for family and friends to participate safely during the COVID-19 pandemic. The video will be available after the service for on-demand viewing.

In lieu of flowers, memorial contributions may be made in Sid’s memory to a local fire department or library of personal choice.

To send flowers to the family or plant a tree in memory of Sidney J. Ward, Jr., please visit our Heartfelt Sympathies Store.

We encourage you to share your most beloved memories of Sidney J. Ward, Jr. here, so that the family and other loved ones can always see it. You can upload cherished photographs, or share your favorite stories, and can even comment on those shared by others.

Posted Sep 08, 2020 at 10:13pm
Sid is my first cousin and we are both the same age. We grew up on Ward hill together and all of us cousins and the Wallace’s played together. I am so proud of the things that he has accomplished in his 78 years and mostly for the beautiful cutting boards that he created. Sid made me a beautiful board out of the wood in our grandmothers house before it was torn down
He also made one for one of my brothers . I will always cherish it. We will miss you Sid May you Rest In Peace. Jean and John Snow.
Comment Share
Share via:
RB

Posted Sep 05, 2020 at 09:12am
Sid Ward is one of those individuals who will be remembered, not just by his family, but by a vast range of individuals who he touched over many, many years. I knew Sid though the lumber business. His honest and ethical behavior was widely known. Sid's word and commitment was absolute. It was never doubted.

I will miss Sid deeply. He was a constant. He represented a feeling that not everything in the world changes and declines. He will be cherished and remembered long past this very sad day. I send my warmest condolences to his entire family.

Posted Sep 02, 2020 at 04:58pm
Jan and family, Maggie and I were saddened to hear of Sid's passing. We are going to miss him.
Your Orlando Church Family.
Larry and Maggie Smith
Comment Share
Share via:
HB

Posted Aug 30, 2020 at 06:27pm
I knew Sid first from working at Ward Lumber in my summer class at Paul Smiths College. Always kind and willing to answer questions and teach us the best way to do things in the sawmill and yard, and in the Retail store. Later, when my parents moved to Jay, I saw Sid at JEMS theater, the thrift shop, and when he was selling his beautiful boards..sometimes at the summer concerts, or the farmers market. Always friendly and helpful --what a wonderful man!! He will be remembered fondly always, and especially when I am using my lovely boards. It was a privilege to know him. My deepest sympathies to Mrs. Ward, Jay and family, and the rest of his family. Holly Balzer-Harz
Comment Share
Share via: 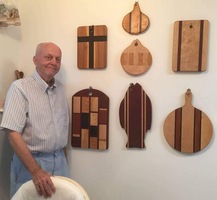 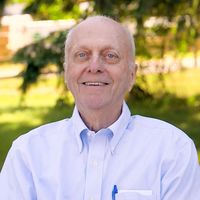 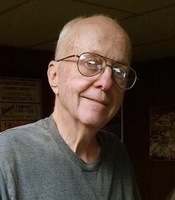