To share your memory on the wall of Ronald Zukoski, sign in using one of the following options:

After graduating from Spring Valley High School in 1957, Ron enlisted in the Army. He was in the 25th Infantry Division as a senior rifle man and after finishing his tour, came back to New York where he worked as a lifeguard at Requa Lake. It was here that he met the girl who was to become his wife and they married and soon after had their first daughter.

He found work in the research and development labs of Avon in Suffern and put his wife through college. Upon her graduation, he went to King’s College in Spring Valley to obtain a degree in chemistry. In 1972 he moved his family to Warwick, New York and continued his work in the cosmetics industry at Avon.

Ron had a deep interest in science and was one of the first people to write programs for personal computers, bringing home the very first iteration of the Apple computer. After a day at work writing formulas for aerosol delivery systems where he swiftly became a self taught aerosol engineer, he would come home to play chess against computers and work on restoring the 200 year old farmhouse he had purchased in Warwick. It was in this big, old, farmhouse where he welcomed the birth of his second daughter.

Not one to leave his athletics behind, he continued to run, bike and swim and competed in numerous triathlons and the New York City Marathon, and in winters went skiing in Vermont and Canada.

In 1981 he purchased his home in Jay, New York, in the Au Sable Acres where he began to plan his ideal retirement and where he would retreat every weekend to ski Whiteface mountain.

Divorcing in 1986 he moved his weekday life to Newburgh, New York where he could commute easily to work and then take the Thruway north up to his weekend home in the Acres.

After retiring in 2000, he moved permanently to Jay and would only consider the ski season a success if he could get in over 100 days on the slopes. At Whiteface he acquired an extended family of lifties and locals, quickly becoming a fixture on the mountain where he skied every season from 1981-2019. The summers found him fishing and biking across and through the mountains of his Adirondack home.

In his 70’s he began taking trips to Europe to ski the Alps and to Utah to ski the great powder mountains and did so until several falls and injuries sidelined him in 2017/18.

The family extends our deepest gratitude to all his friends in Au Sable Acres and and at Whiteface who supported him through the thick and thin of his years up north. He loved you all deeply and while you may not have been blood relatives, you were his family of love and camaraderie.

Ron was a passionate advocate for everything he believed in; his friends, his feline companions and family. He passed away at home on July 27, 2020. He is survived by daughters Tracey Kawakami and Kiona Leah; cousin Gregg Quackenbush; niece Cheryl Storey and her 3 children; and his nephews Chris and Brad Storey.

Preceding him in death are his sisters, Jocelyn Zukoski and Constance Neis.

Due to current COVID-19 restrictions, a memorial service will be announced at a later date and time.

Receive notifications about information and event scheduling for Ronald

There are no events scheduled. You can still show your support by sending flowers directly to the family, or planting a memorial tree in memory of Ronald "Ron" Zukoski.
Plant a Tree

We encourage you to share your most beloved memories of Ronald here, so that the family and other loved ones can always see it. You can upload cherished photographs, or share your favorite stories, and can even comment on those shared by others.

Plant a Tree in Memory of Ronald
Plant a tree 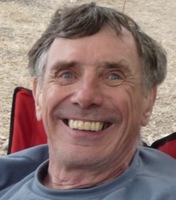 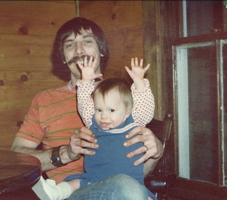 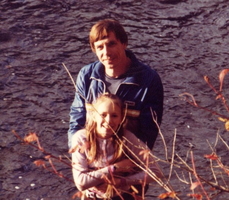 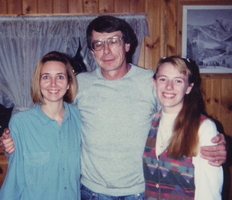