To share your memory on the wall of Richard \"Mike\" Furnia, sign in using one of the following options:

Born on April 4,1936 in Peasleeville NY, to George and Albina Furnia, he was one of eight children.

Mike worked at J&J Rogers Company for several years until their closure, then went to work at Imperial Wall Coverings as the plant manager of the paper division, where he worked until his retirement in 1998. After retiring from the mill, Mike enjoyed several years of woodworking out in his garage. He also enjoyed his time as a member of the Au Sable Forks men’s golf league as well as the bowling league at Riverside Lanes. He was an avid hunter and fisherman, but his true passion was attending his three grandsons sporting events.

He is survived by his wife Roberta (Wright) Furnia, two sisters-in-law, Harriet Furnia, and Shirley Furnia, his two children, Becky (John) Nolan, and Keith (Trudy) Furnia. But, cherished to Mike most of all, was his three grandsons, Kellen (Cassie) Nolan, Kyle (Ashley) Nolan, and Kolby Furnia. He is also survived by two special nieces, Jenette Rondeau and Donna Maicus, as well as many other nieces and nephews.

Per his request, there will be no calling hours, or graveside services. Memorial donations may be made to the Au Sable Forks Volunteer Ambulance Service.

Arrangements are in care of Thwaits-Zaumetzer Funeral Home.
Read Less

There are no events scheduled. You can still show your support by sending flowers directly to the family, or planting a memorial tree in memory of Richard "Mike" Furnia.
Plant a Tree

We encourage you to share your most beloved memories of Richard "Mike" Furnia here, so that the family and other loved ones can always see it. You can upload cherished photographs, or share your favorite stories, and can even comment on those shared by others.

Posted Sep 18, 2020 at 07:37pm
So very sorry to hear of this very sad news. I have many fond memories at his house growing up,it was one of the favorite houses to play. The Neighbor kids would all gather at the corner of his house and Play kick ball,hide and seek and many other chid hood games all day long,not once did they complain not once ...Such a kind man and loving father,I am sure he will be missed by many. My prayers go out to his family ,may he RIP.
Laura “Millie”Willis 💔🙏🏻🙏🏻🙏🏻🌹
Comment Share
Share via:
J 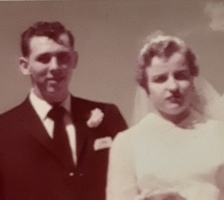