To share your memory on the wall of Pearl Maicus, sign in using one of the following options:

Print
Pearl E. Maicus, 92, of Peru, NY, passed away peacefully Monday, March 29, 2021, at CVPH/UVM Hospital in Plattsburgh, NY, with loving family members by her side.

Pearl was born in Brooklyn, NY, one of three children born to Stanley Leg... Read More
Pearl E. Maicus, 92, of Peru, NY, passed away peacefully Monday, March 29, 2021, at CVPH/UVM Hospital in Plattsburgh, NY, with loving family members by her side.

Mr. & Mrs. Legge were both from Newfoundland; they met in the States, fell in love and were soon married. Pearl’s dad was a construction contractor for the government, which allowed the family to live in many parts of the Northeast and Southern US. Pearl and her siblings attended some 20 different schools prior to graduating from AuSable Forks High School. Pearl always considered the Jay area home. As children, she spent many summers at the home of Pearl’s late uncle and aunt, Mr. & Mrs. Chester Walton. The Waltons provided a home with an extensive library, causing Pearl to fall in love with reading.

One evening while Pearl was attending a church social with her dear friend Irene (Maicus) LaBombard, Pearl noticed a handsome young Airman turning the ice cream maker. Pearl asked Irene excitedly, “Who is He”? Irene casually said, “Oh, that’s my brother Paul.” They were introduced, and like the storybooks would say, they fell in love at first sight. Paul and Pearl were wed in 1947 and began a new chapter in their lives.

Pearl wanted to make a home and settle down. Paul, being the wonderful husband he was, said “Yes, Dear!” They bought a large home in the Jersey section of AuSable Forks, NY and began their family. They raised 6 children and a number of grandchildren in that home. Pearl remained there until Hurricane Irene damaged the home beyond repair in 2011.

Pearl began a career as a librarian and worked for many years at the AuSable Forks Free Library. She felt everyone should have access to good literature no matter their financial condition. Pearl was instrumental in the development and fundraising for the current AuSable Forks Free Library. As fate would have it, Pearl was approached by the local public-school principal (Peg Ryan) and asked if she would take the position of librarian to replace the retiring librarian. Pearl accepted and continued her career touching youngsters lives with the magic of the written word.

After her home was destroyed, Pearl spent the next several years wintering in Maryland, with her daughter Lori Bridge and summering in Peru, with her son Steven. Pearl developed dementia in her 80s and needed increased care. Pearl’s daughter-in-law Carolyn stepped in and cared for Pearl until she passed. The Maicus family is forever grateful for Carolyn’s genuine love and compassion for Pearl and for the entire family.

All are welcome to attend.

To send flowers to the family or plant a tree in memory of Pearl Maicus, please visit our Heartfelt Sympathies Store.

Receive notifications about information and event scheduling for Pearl

We encourage you to share your most beloved memories of Pearl here, so that the family and other loved ones can always see it. You can upload cherished photographs, or share your favorite stories, and can even comment on those shared by others.

Posted Apr 03, 2021 at 01:29pm
So many good memories: One that I will never forget, a lamb she got for me so I could be Little BO Peep at a costume party. There is so much to that story. Pearl was working at Santa's WorkShop at the time. Pearl and Paul back together again.
Comment Share
Share via:
SD

Posted Apr 01, 2021 at 12:06pm
with deepest sympathy sara jane and the lake placid land conservancy in memory of kerry's grandmother

Posted Mar 31, 2021 at 07:49pm
Pearl was a part of my life from the moment I started teaching here. We worked together in the school, we worked together in the church, and we worked together as teacher and parent for several of you. She was a wonderful person inside and out, and when I look across the river and am reminded that the house is gone I miss her. I would be with you if I could physically, but you are all in my heart and thoughts. Hugs and prayers to you all. Charlie wants me to add his condolences also. He has such fond memories of Pearl as his Sunday School teacher.
Comment Share
Share via:
BR

Posted Mar 31, 2021 at 05:27pm
My memory of Aunt Pearl is one of a Godly Woman with amazing grace and humility. Though her loved,ones will miss her she is now home for eternity. 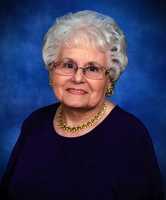