To share your memory on the wall of Patricia McCallister, sign in using one of the following options:

Born in Plattsburgh, New York, April 10, 1935, to Hubert and Irene Williams. She was one of six children. She had a normal childhood for a military family, growing up and living many years at the Plattsburgh Air Force Base and attending Plattsburgh City Schools.

In 1954, she met an Airman who was stationed at the Plattsburgh Air Force Base. Fresh out of Boot Camp, this Airman, from West Virginia, not only became her husband, but also her best friend. This man, whom she affectionately called “Bob-o”, was her soulmate and she spent the next 53 years loving him, until his passing on November 6th, 2008.

Together they created a family, having four children, Linda, Tim, Kevin, and Eddie. Mom embodied every essence of the word mom. She devoted her life to her children, and every day her children came first. After the kids were all married, she still desired to help children, so she became a Teacher's Aide, and was hired by the Au Sable Valley Central School District. This was a job she was very happy and proud to have had.

After many happy and fulfilling years at Au Sable Forks Elementary School, she and Bob-o decided it was time to retire and enjoy life. They decided they would spend their Winters in Myrtle Beach, South Carolina. It was there that they met so many wonderful people, and many became great friends. One thing they truly loved in Myrtle Beach, “The Gossip Bench.” It was just a bench, but became known as the Gossip Bench, and I think it was named that affectionately, because it was a daily destination for retired snowbirds.

Anyone that knew Pat, always saw her with a smile on her face, and a pocket full of mints. She always had mints in her pocket for anyone and everyone. She loved life and loved her family. Mom was happiest being with family. When her grandkids had a football game or a basketball game Grandma and Grandpa were there. She was not only seen with a smile on her face, but she could be heard as she cheered them on. You would think that after going to every football, basketball and baseball game that her sons played, or coached, she would have had enough of sports. Nope, not her, as it was not about the sports, but about being with her family, and supporting her grandkids!

We would like to thank the wonderful staff at the Keene Valley Neighborhood House and Meadowbrook Nursing Home. The love and respect that you showed our mom will never be forgotten. Although we are sad to see Mom go, when we look to the sky, we will see her smile once more and know she is whole, and now FREE of Alzheimer's.

To send flowers to the family or plant a tree in memory of Patricia "Patsy" McCallister (Williams), please visit our Heartfelt Sympathies Store.

Receive notifications about information and event scheduling for Patricia

We encourage you to share your most beloved memories of Patricia here, so that the family and other loved ones can always see it. You can upload cherished photographs, or share your favorite stories, and can even comment on those shared by others.

Posted Jun 20, 2020 at 01:34pm
Pat was a bright light at school. She loved her job, and the children loved her. She was always ready to help wherever she was needed, and her sense of humor and lovely smile were heart warming. It was her idea for me to open a sewing and craft supply store when I retired. We were always sharing stories of our sewing woes and triumphs, patterns for Granddaughter's dresses, and problems with running out of supplies on snow days or late at night. She encouraged me to do something I had never dreamed of. She was proof that you can do whatever you dream of. 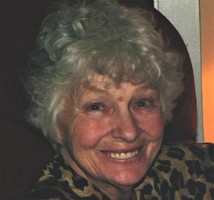 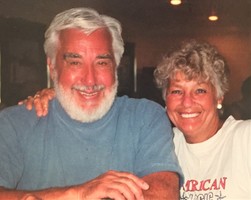 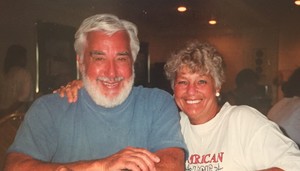