To share your memory on the wall of Maureen Mize, sign in using one of the following options:

Maureen was born on December 14, 1941 during a snowstorm in Keeseville, NY on the way to the hospital in Plattsburgh, NY, the daughter of John James Murphy and Mary Ellen Clark Murphy.

Maureen was in banking as a teller, then head teller at several branches of Home Federal Savings and Loan. After her banking career she worked at St. Anne School as a cashier and eventually manager where she worked there for an additional 15 years. Maureen was under hospice care at home where she graciously faded away into the loving arms of God as he welcomed her. Maureen loved her family dearly and the family’s friends were always treated as family.

To send flowers to the family or plant a tree in memory of Maureen Mize (Murphy), please visit our Heartfelt Sympathies Store.

Receive notifications about information and event scheduling for Maureen

We encourage you to share your most beloved memories of Maureen here, so that the family and other loved ones can always see it. You can upload cherished photographs, or share your favorite stories, and can even comment on those shared by others.

Posted Sep 29, 2020 at 03:10pm
So very sorry to hear of Maureen’s passing, We were friends from high school days
And she was always very well liked. And always lots of fun to be around. May
She RIP . Jean and John Snow
Comment Share
Share via:
RN

Our deepest condolences to each and every one of you. Our Prayers are with you during this very difficult time. I have heard several stories about "Murph" from my sister Pat. they were in the same Graduating class together. Tom, Dory, Tom, Devann and Melissa you are in our special Prayers. RIP Maureen.
Comment Share
Share via: 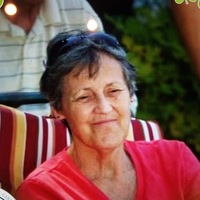