To share your memory on the wall of Marion Collins, sign in using one of the following options:

Print
Marion T. Collins, 87, formerly of Clayburg, passed away Saturday, August 29, 2020 at the UVM Health Network-CVPH in Plattsburgh. She was born in Clayburg on March 31, 1933, the daughter of the late Michael and Alvina (Provost) Farrell.

... Read More
Marion T. Collins, 87, formerly of Clayburg, passed away Saturday, August 29, 2020 at the UVM Health Network-CVPH in Plattsburgh. She was born in Clayburg on March 31, 1933, the daughter of the late Michael and Alvina (Provost) Farrell.

Marion worked for many years as Housekeeping Supervisor at Holiday Inn and later worked at the local Apple Packing house. She was an avid Cookie Jar collector and enjoyed her visits to NC, Disney and Dollywood in Tennessee.

She was predeceased by her parents, husband Edward Collins, longtime companion Gerald Lahart, a sister, Nora Waldron, and a brother John Farrell.

She is survived by two daughters, Dorothy Collins Renadette of Burlington, NC and Debbie Collins and Tracy Estes of Au Sable Forks, NY, one granddaughter, Jessica Renadette Pelt and her husband Aric, two grandsons, Ryan Renadette and his wife Megan of North Carolina, and Eddie Collins of Au Sable Forks, NY; two sisters, Doris Gardner and Helen Burleigh; three brothers Al Farrell and his wife Judy, Jim Farrell and Mitchell Farrell and his wife Gloria; a great-grandson, Peyton Pelt and great-granddaughter Jaleigh Faith of NC; and she was always there for her many nieces and nephews.

A Mass of Christian Burial will be celebrated on Thursday, September 3, 2020 at 11:00 am at the Church of the Assumption in Redford. Interment will follow in the parish cemetery.

To send flowers to the family or plant a tree in memory of Marion Collins, please visit our Heartfelt Sympathies Store.

Receive notifications about information and event scheduling for Marion

We encourage you to share your most beloved memories of Marion here, so that the family and other loved ones can always see it. You can upload cherished photographs, or share your favorite stories, and can even comment on those shared by others. 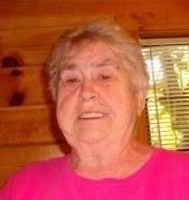