To share your memory on the wall of Janet Coolidge, sign in using one of the following options:

Print
Janet Coolidge passed peacefully from this world on November 21st, 2020, surrounded by her family and close friends.

Jan last attended high school at Keene Central School in 1954. In the summer of that year, she met the love of her life, Bill Coolidge, at a square dance in Wilmington, and the rest, as they say, is history. They were married in January of 1955 and had 3 sons: Bill the 3rd, Calvin and Michael.

Besides being a housewife and loving mother, Janet also worked at various businesses around the area, including Ward Lumber Company, the Hungry Trout, & Morrison's Motor Court, before finding her true calling at AuSable Valley Central School, where she worked for 27 years, first as a study hall monitor, and then as In-school Suspension supervisor.

Additionally, she coached cheerleading for several years at AVCS. Janet's whole life revolved around helping others, whether it was her family, friends, kids at AuSable Valley, or complete strangers. Her kindness and good heartedness knew no bounds.

She attended Whiteface Community Methodist Church in Wilmington for approximately 40 years, and more recently had become an active member of the Calvary Baptist Church congregation.

Jan enjoyed visiting with family and friends, square dancing, sewing, baking, bluegrass music, & doting on all her cats, which most recently were Anna and Emma.

She is survived by her sister, Bonnie Combs of Jay, and her 3 sons and their families: William, of Redford, Calvin & Pat of Jay, and Mike & Marcie, of Golden, CO. She is also survived by her four grand-children: William the 4th, Benjamin, Tatum & Owen, and her 2 great-grandkids: Lilly & Leah.

Zaumetzer Funeral Home in Au Sable Forks has been entrusted with the arrangements, and Calling Hours will be held there from 3:00 to 5:00 pm on Sunday, December 6th, with a Memorial Service taking place at Calvary Baptist Church in Wilmington at 11:00 am on Monday, December 7th, 2020.

A very Special thanks to her Hospice nurses, Colette and Caleigh, to her dear friend Barbara Nelson, and to her angelic friend and care-giver, Jane Reed. We can never Thank You enough...

To send flowers to the family or plant a tree in memory of Janet Coolidge, please visit our Heartfelt Sympathies Store.

Receive notifications about information and event scheduling for Janet Coolidge

We encourage you to share your most beloved memories of Janet Coolidge here, so that the family and other loved ones can always see it. You can upload cherished photographs, or share your favorite stories, and can even comment on those shared by others.

Posted Dec 22, 2020 at 08:43pm
My family and I have known and loved Janet for many years. She will be sorely missed. Go in Peace, dear friend. Love Woodard-Devinney family.

Posted Dec 02, 2020 at 10:53pm
Janet was a dear friend with a huge heart. She had mad baking and cooking skills - her home was a wonderfully warm and cozy place to visit - I shall miss our chats and her snail mail letters ... heaven has gained a beautiful soul and she is most certainly back to enjoying a little blue grass with Bill 😊💜 - lots of love from Valerie
Comment Share
Share via:

Posted Nov 29, 2020 at 04:50am
My sympathies to Janet's family. I remember seeing her every day in the cafeteria. She always said hi. She was good friends with my parents, as dad was the Methodist minister in Wilmington for 4yrs. My prayers for her family and friends...
Comment Share
Share via:

Posted Nov 27, 2020 at 11:26am
I knew Janet from my days at Au Sable Valley as a permanent substitute in the late 1970's. She was such a kind, thoughtful person who was always willing to listen and offer gentle guidance. May she be singing with the angels in the loving arms of God. Rest in peace Janet.

Posted Nov 26, 2020 at 11:10am
My thoughts and prayers are with all the family . Mrs. Coolidge was such a wonderful person . I have such fond memories of my time at AVCS playing sports many years ago and her sincere encouragement to me to be the best that I could be . After a tough loss she was always the first one to greet me with great words of wisdom . May you Rest In Peace . Sincerely, Randy Douglas
Comment Share
Share via: 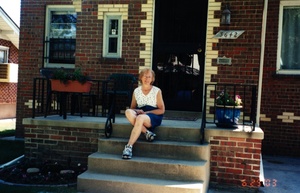 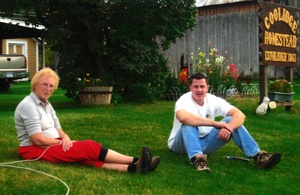