To share your memory on the wall of Harold Wessman, sign in using one of the following options:

Visiting the Adirondacks when he could, Wess purchased an acre of land on Oseetah Lake in Ray Brook, where he built a cabin with help from his Uncle. "Camp" would be the site of many family memories. Wess was an accomplished marksman and a member of GE's rifle league, where he enjoyed competing and traveling to events with the league. On November 19, 1977, he married Madelyn (Roberts) Pulver of Pittsfield.

Wess retired early from GE in 1981, at the age of 55. He and Madalyn would spend their summers in Keene, in the home his Grandfather Raymond Moody built for his Mother, Stella. They moved to Keene permanently in 1985 and had many happy years there. They attended the former First Baptist Church in Jay, New York. Wess was an avid hunter and fisherman. Their home in Keene was on the Ausable River, where Wess always had a fishing rod at the ready.

Wess was preceded by his parents, his Stepmother Muriel Wessman, his Stepson John Pulver, and his beloved wife, Madelyn Wessman.

Over the last few years, with the help of his family, friends, close neighbors, and caregivers, he stayed in his home as he wished. Wess passed away less than a quarter-mile from where he was born in the house his Grandfather built for his Mother just as he wanted. One caregiver said, "Wess was kind, caring, easy-going, and just a perfect gentleman who asked nothing but sharing a story and a smile. He enjoyed times spent with him, his walks, and a good meal. He was appreciative of all and everyone." A dear friend wrote, "He was a gentleman and always showed his thanks for everything that was done for him, even when he didn't understand what 'all the fuss was about.' I loved his stories about him being Radar from MASH when he was in the service."

Wess is survived by his stepson Donald Pulver, his daughter-in-law, Deborah (Pulver) Heath, his three grand-children Amy, Joseph, and Karen Pulver, his great-grandchildren Abigale, Lily, and Jameson. He also leaves behind his wonderful neighbors Jane, Christian, Wendy, and Peter.

Visitation will be held at the Thwaits-Zaumetzer Funeral Home in Ausable Forks, New York, beginning at 10:00 AM on Thursday, August 27, with a memorial service at 11:00 AM and procession following to Norton Cemetery in Keene where he will be placed next to his beloved Madelyn.

In lieu of flowers, the family asks that donations be made to the Keene Valley Golden Peaks Senior Group.

To send flowers to the family or plant a tree in memory of Harold Wessman, please visit our Heartfelt Sympathies Store.

Receive notifications about information and event scheduling for Harold

The insignias listed here may be subject to copyright and/or trademarked. Those copyrights and trademarks are owned by the respective organizations.

We encourage you to share your most beloved memories of Harold here, so that the family and other loved ones can always see it. You can upload cherished photographs, or share your favorite stories, and can even comment on those shared by others.

Guaranteed hand delivery by a local florist
A

Posted Aug 24, 2020 at 09:10pm
I am blessed to have been able to meet Wess who was always smiling every time I saw him. Hearing his stories about Korea and how he was the real Radar and watching MASH are but a few special moments I was able to share with Heather when she went to see him. How blessed he is to have been able to stay home and live a peaceful life.
Comment Share
Share via: 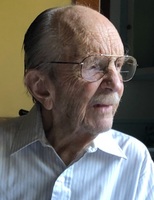 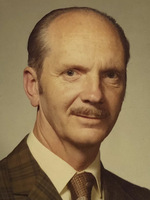