To share your memory on the wall of Donna Griffin, sign in using one of the following options:

Donna graduated from Middletown High School where she enjoyed playing the clarinet and was a member of the marching band. Donna married the love of her life, Edward J. Griffin in 1971.

Donna went on to become a Worthy Matron of the Eastern Star. While attending college she worked as a bank teller, graduating from Thomas Edison State University with a Bachelor's Degree. Donna then worked for the Middletown Board of Education as a treasurer and Manchester Township as a purchasers agent and personal officer until she retired.

After moving to Wilmington, Donna became an avid member of the Church of the Nazareth, playing the banjo in the Nazareth Praise Band. Donna also served as the treasurer for the Church and the Historical Society of Wilmington where she worked tirelessly to raise funds for the community.

She is survived by her husband Edward of 49 years. Her son and daughter-in-law Edward and Alicia and grandchildren Edward and Victoria. Her sister and brother-in-law Janet and Robert Roth, three nieces and one nephew.

A Memorial Service will be held March 20, 2021 in Wilmington, New York which would have been Donna and Ed's 50th wedding anniversary. Due to the current COVID-19 pandemic details to follow.

To plant a memorial tree in honor of Donna Griffin, please visit our Heartfelt Sympathies Store.

Receive notifications about information and event scheduling for Donna Griffin

There are no events scheduled. You can still show your support by sending flowers directly to the family, or planting a memorial tree in memory of Donna Griffin.
Plant a Tree

We encourage you to share your most beloved memories of Donna Griffin here, so that the family and other loved ones can always see it. You can upload cherished photographs, or share your favorite stories, and can even comment on those shared by others.

Plant a Tree in Memory of Donna Griffin
Plant a tree 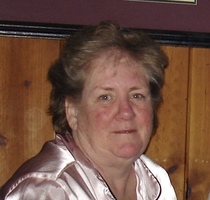