To share your memory on the wall of Donald McIntyre, sign in using one of the following options:

Print
Donald Richard McIntyre, 90, passed away Tuesday, February 2, 2021 at CVPH in Plattsburgh, New York, following a long battle with dementia. He was born in Hasbrouck Heights, New Jersey to the late Teresa and Richard McIntyre.

Don grew u... Read More
Donald Richard McIntyre, 90, passed away Tuesday, February 2, 2021 at CVPH in Plattsburgh, New York, following a long battle with dementia. He was born in Hasbrouck Heights, New Jersey to the late Teresa and Richard McIntyre.

Don grew up in New Jersey, but spent his summers at the family camp in Forestdale, NY. Don graduated from St. Peters Prep school in New Jersey in 1949 and immediately moved to Forestdale full time. He worked many jobs including turkey farming and logging until he took a job at Dannemora State Hospital for the Criminally Insane in 1956. The hospital merged with the prison and Don transferred to Clinton Correctional Facility. He was drafted into the army and was sent to Germany where he met his first wife. After the army, he came back to his job at the prison. He moved to Union Falls where he proudly started and operated McIntyre's Campground. He retired as sergeant from the prison in 1981.

Don was an avid outdoorsman. Whether hunting, trapping, fishing, or hiking the Adirondacks; or fishing for barracuda and shark in the Florida Keys, he was always happiest when he was outdoors. He also loved dancing and calling square dances. He was very proud that he could outlast the "young ones" on the dance floor in his later years.

Don was a devoted father and is continued in life by his son, John (Wanda) McIntyre; daughter, Kathleen (Randall) Haner; grandchildren: Bree McIntyre, Nikki McIntyre, Bailey Haner, Lindsay Haner; and great- granddaughter Farrah Goldstein; and his brother Robert (Bonnie) McIntyre as well as numerous relatives and friends. He was predeceased by his sister Kathleen Manor; his first wife, Eva McIntyre; and his second wife June McIntyre.

There will be no calling hours or funeral at this time, a memorial celebration of his life will be held later in 2021.

Receive notifications about information and event scheduling for Donald

There are no events scheduled. You can still show your support by sending flowers directly to the family, or planting a memorial tree in memory of Donald "Mack" McIntyre.
Plant a Tree

We encourage you to share your most beloved memories of Donald here, so that the family and other loved ones can always see it. You can upload cherished photographs, or share your favorite stories, and can even comment on those shared by others.

Posted Feb 02, 2021 at 12:12pm
We're so sorry about your father's passing. We join you and your family in celebrating his life and in the knowledge that he is with Jesus now.

3 trees were planted in the memory of Donald McIntyre

Posted Feb 28, 2021 at 04:15pm
Very sorry to hear of your loss. Many good times and much learned from Don in my fishing trips with him and June. Ed McCarthy
Comment Share
Share via:
B

Posted Feb 02, 2021 at 11:18pm
Kassy and John,
I’m so sorry to hear about your dad. I have many fond memories of him at the campground as we would fish, skate, take a boat on the lake, and get into general mischief. He was always so nice. I will always remember what a wonderful man he was!
Comment Share
Share via:
JK

Posted Feb 02, 2021 at 06:43pm
Cassey and John, I am deeply saddened to read of your Dad's passing. He was a great guy to know, learn from and spend time with in the woods. I am sure you have many wonderful memories to keep his spirit alive and enriching your children's lives. Joe Kahn
Comment Share
Share via: 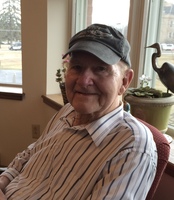 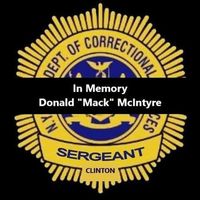