To share your memory on the wall of Barbara Ring, sign in using one of the following options:

Barbara was born in Saugus, Massachusetts on April 30, 1942. On July 12, 1964, she married her husband Harold Ring. She worked for Sears Roebuck in Saugus and then as a police dispatcher for the Town of Rowley, Massachusetts. Barbara joined the Assessor’s Office in Rowley and eventually became one of the town’s assessors. The two later retired to Au Sable Forks, NY, where her love for animals, especially horses, led her to help with Elmbrook Veterinary Services.

Barbara is survived by her husband of 56 years, Harold, daughter Laurie (Dana) Atwood, sister Sharon (James) Cushman, and two grandsons, Quinn and Dylan Atwood. She was preceded in death by her parents.

Receive notifications about information and event scheduling for Barbara

There are no events scheduled. You can still show your support by sending flowers directly to the family, or planting a memorial tree in memory of Barbara Ring (Long).
Plant a Tree

We encourage you to share your most beloved memories of Barbara here, so that the family and other loved ones can always see it. You can upload cherished photographs, or share your favorite stories, and can even comment on those shared by others.

Posted May 25, 2020 at 03:41pm
So sorry, Harry, on the passing of Barbara and your loss. My sympathies to the family. Sending prayers for courage and strength to all of you.
Maureen Crouse, Rowley, MA
Comment Share
Share via: 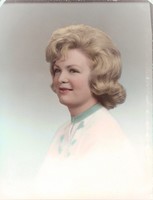