To share your memory on the wall of Adrian Bombard, sign in using one of the following options:

Abie was a Corrections Officer at the Adirondack Corrections Facility in Ray Brook, NY. He retired after 25 years of service so that he could spend more time with his family and friends. If you had the pleasure to know him, you know he had a passion for hunting, fishing, and playing cards. Abie was an avid sportsman. He enjoyed hunting, ice fishing and downrigger fishing on Lake Ontario. He was always up for an adventure with his two sons Shane and Levi or friends by his side.

Abie was an amazing grandfather (Pop Pop) to Brendon, Isabella, Grayden, Lucas, Jesse, and Jayden. The love he shared with each one of them was truly special and unforgettable.

Abie is survived by his loving girlfriend Susan Lawrence of 8 years. His mother, Nancy Bombard. Two sons and daughter in laws, Shane and Melissa Bombard of Wilmington, NY, and Levi and Hollie Bombard of Peru, NY. His two siblings, Steven and Mary Bombard of Au Sable Forks, NY and their two children Jeremy and Chelsea Bombard and Melissa and William Martin of Schuyler Falls, NY. He was predeceased by his father Adrian F. Bombard.

Abie was loved deeply and will be missed by everyone who knew him.

To send flowers to the family or plant a tree in memory of Adrian "Abie" Bombard, please visit our Heartfelt Sympathies Store.

Receive notifications about information and event scheduling for Adrian

We encourage you to share your most beloved memories of Adrian here, so that the family and other loved ones can always see it. You can upload cherished photographs, or share your favorite stories, and can even comment on those shared by others.

We are very sorry for your loss. We didn't see Abe a lot but every time we did he was very friendly. Will miss seeing him at Airborne if Shane or Levi ever decide to race again.

Posted Nov 27, 2020 at 07:57am
I will miss you my dear friend. You have been so strong and an inspiration to so many. Say hi to your dad and let the stories begin when again see each other. RIP and please watch over us. Gary Frenia
Comment Share
Share via:
RD

Posted Nov 26, 2020 at 12:01pm
My thoughts and prayers are with all of Abie’s family . I shared lots of laughs and fun with Abie growing up together during our High School years . May you Rest In Peace my friend . Randy Douglas
Comment Share
Share via:
IM

Posted Nov 25, 2020 at 05:13pm
My deepest sympathy to all of Abies Loved ones. I will miss him dearly and was lucky to be able to call him my friend! He will be missed so much! 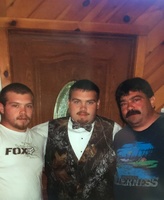 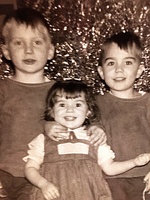